ISRO, the Indian space organization, which has had a long history from the Satellite Launch Vehicle in 1979 to GSLV, has always taken failures in its stride and learnt from them. It has always bounced back from failures and achieved mission success at highly competitive costs.

The past few days have been full of ISRO News Headlines coming from Bangalore Latest News, ETV Bharat News Live.

Chandrayaan-2, the second  moon mission developed by the ISRO, consisted of a lunar orbiter, the Vikram lander, and the Pragyaan lunar rover. All these three components were fully indigenous, developed in India. The mission was launched on 22 July 2019 at 2.43 PM IST. The craft reached the Moon’s orbit on 20 August 2019 and the Vikram lander and the rover were scheduled to land on Moon, on 7 September 2019.

The primary mission of Chandrayaan-2 was to soft land the Vikram lander on the South Pole of the Moon, operate the rover Pragyan on the surface of the moon, and send back images and data to ISRO.

However, during the last minutes of descent, the lander deviated from its intended trajectory, when it was 2.1 kilometers away from the moon, and lost communication link with ISRO.

The space agency tried unsuccessfully to restore links with Vikram for two weeks. The lunar orbiter, carrying eight scientific instruments, will continue to study the Moon over the next seven years.

In its latest report on Chandrayaan, NASA has released pictures and claimed that Vikram had a hard landing, but the precise location of the spacecraft is still unknown.

ISRO has claimed that the mission was 90-95 percent successful. The Indian Space Agency has not lost hope and has begun work on a future moon mission.

The main components of the Chandrayaan-2 Mission are the Launch phase, the Orbiter phase and the Lander-Rover phase.

ISRO achieved success with the first two phases- the GSLV MK-3 successfully propelled the payload into the orbit on the planned date and the Orbiter reached the Moon’s orbit on August 20 as per schedule.

It was the third phase where obstacles were faced and the Soft Landing on the Moon turned into a hard landing.

Given the complexities involved in the mission, we can safely presume that ISRO has done a commendable job in achieving success in two of the three phases, while facing glitches only in the final stage of the last phase.

The premier space organization, which has had a long history from the Satellite Launch Vehicle in 1979 to GSLV, has always bounced back from failures and achieved mission success at highly competitive costs.

Undeterred by the partial failure, ISRO Chairman, K.Sivan has said that they are working out a detailed future plan for a moon landing.

The Chandrayaan-2 Mission has tasted success in each phase, which carries several benefits in itself. This is best displayed by the enhanced life of the Orbiter, which will continue to be operational for 7 years, compared to the expected 1 year. 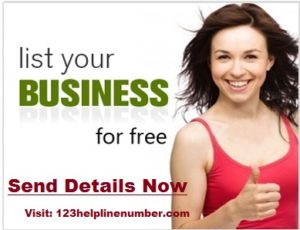